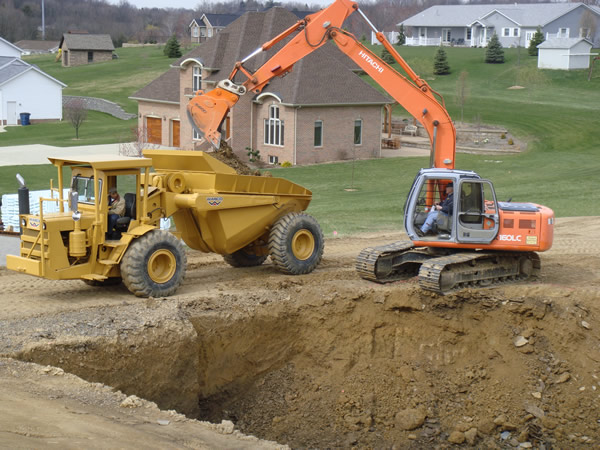 Paul R. Lipp & Son, Inc. began operations in 1964 as an excavation company with the purchase of a small bull dozer and a backhoe. Initially, the primary customers were residential building contractors. The first projects were single lot residential excavations for driveways, basements and footers, and septic systems. No difficulties ensuing, this grew to include contracts for home sites on the entire development. Next came land clearing and site preparation for the complete excavation of subdivision streets; drainage, including storm sewers, retention and detention basins; and utility lines - water lines and sanitary sewer lines. We also serve farmers in excavating agricultural irrigation channels, lakes and retention ponds for safe, productive environmentally sound operations. In this sphere, dirt isn’t “just dirt”; it’s specific soils in the classifications of the topographical layout of wetlands.

We design and install septic systems for residential and small-flow commercial customers.

As projects became more complex, we added more equipment, hired more excavation professionals, training them into efficient, productive and conscientious construction crews. It only made sense, since we were digging the dirt, to look at hauling it away; and, since we were pushing around dirt, to haul in the fill. Once again, dirt isn’t “just dirt”; it’s gravel, limestone, slag, sand, loam, topsoil, clean fill dirt and numerous other specifications developed by civil engineers after carefully calibrating the service requirements. As we’ve worked at this, we’ve gotten quite an education. While it’s not our job to set the specifications, we will flag a specification if we have a concern. The profitability of the whole project affects everyone involved: erectors, carpenters, concrete contractors, asphalt pavers and a host of others. Problems and delays, no matter why they occur, murder the cash flow – hurting everyone involved. We have two excavator-mounted hydraulic breakers for rock and concrete demolition. 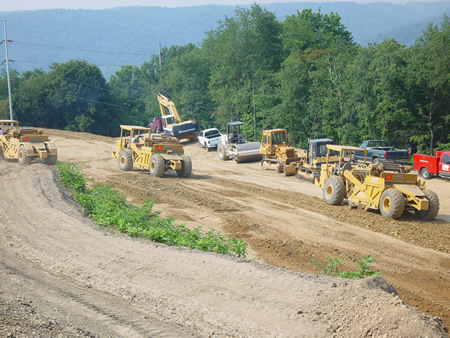 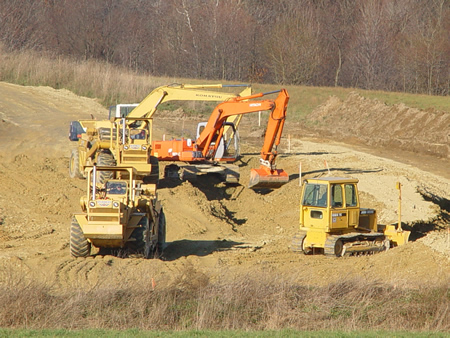 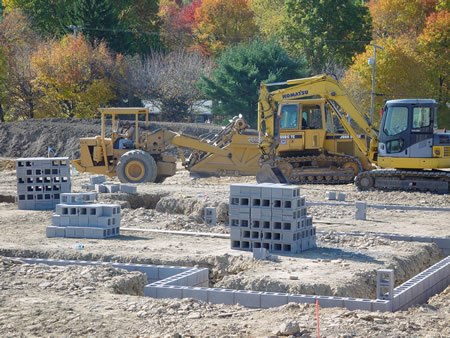 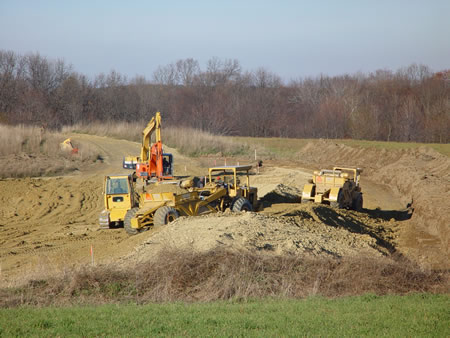 We have traveled a balanced line in our growth, neither getting lethargic in our scope of operations, nor overreaching into areas we can’t handle. Our entry into commercial and industrial construction projects proceeded in measured increments. Commercial campuses prefer the cleaner look of buried electric power lines and telephone lines, but this increases the risks of errors in maintenance excavations, creating very exacting specifications on spacing and fill. Work at demolition sites, which are naturally high risk environments, involves plans and procedures that are carefully reviewed to make sure there are no accidents. We require as precise a characterization of the materials to be removed as possible; how they will be loaded; and where they are to be transported for processing or disposal.

As always, safety on the job is critical and we adhere to OSHA standards. That is one reason we persistently hire skilled workforce and persistently train them in the latest regulations, safety practices and emergency responses. We try to be a good company to work for, keeping the stress factor low where we can, so that our people can focus on the safety and accuracy of the work at hand. When crew members aren’t operating equipment, they are looking around the site for problems that can develop and coming up with ways to avoid those.

We do Demolition Work!

Do you have a structure on your property that has to be demolished? Paul R. Lipp & Son, Inc. also does demolition of structures; these usually are residential homes and commercial buildings not exceeding two stories.

Technology has played a larger part in our growth. One of our most recent examples of leading edge technology can be found on each of our five excavators. Each excavator is equipped with an in-cab monitor that gives the operator the exact depth of grade, thus eliminating the conventional rodman or grade checker. This allows us to provide better service to our customers at less expense and to be competitive in our bidding.

The backbone of this is iDig™ Instrument’s depth and grade control system for excavators and backhoes. The touch screen graphics display and control panel displays information from the receiver box integrating signals from the monitor; and boom, stick and bucket angle sensors to provide an accurate real time guide to the operator. This eliminates the need for a grade checker/helper working in close proximity outside the cab for safer, less expensive and more accurate work. This is of exceptional value in depth control for layering fill, or grade control when making blind cuts. We’re so sold on this system, we sell it ourselves! 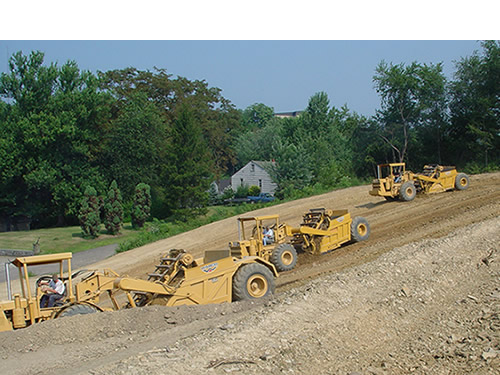 Paul R. Lipp & Son, Inc. often works for civil engineers and general contractors. Managing a highly diversified construction project is a considerable undertaking and these guys do earn their pay. Our counsel on finding top professional services is to check references. Remember, nobody likes unpleasant surprises and capable services usually plan very well not to have them. Of course, unforeseen developments do occur that adversely affects a project for even the most diligent service. Find out how things were handled and whether solutions were developed quickly, effectively and fairly. Take the time to find people who are good to do business with on both sides of the table.